Prabhas' Saaho is most awaiting film at this moment. The leaked working stills and actresses selfies are satisfying audience and fans curiosity for now. Something of that kind, Bollywood actress Evelyn Sharma posed off with Prabhas and posted the photo, on public demand.

Evelyn even revealed her trail to convince Prabhas to come on social media and asked her followers to comment on this picture if they want him on Instagram too! That's a cute picture and so are her words about the photo. 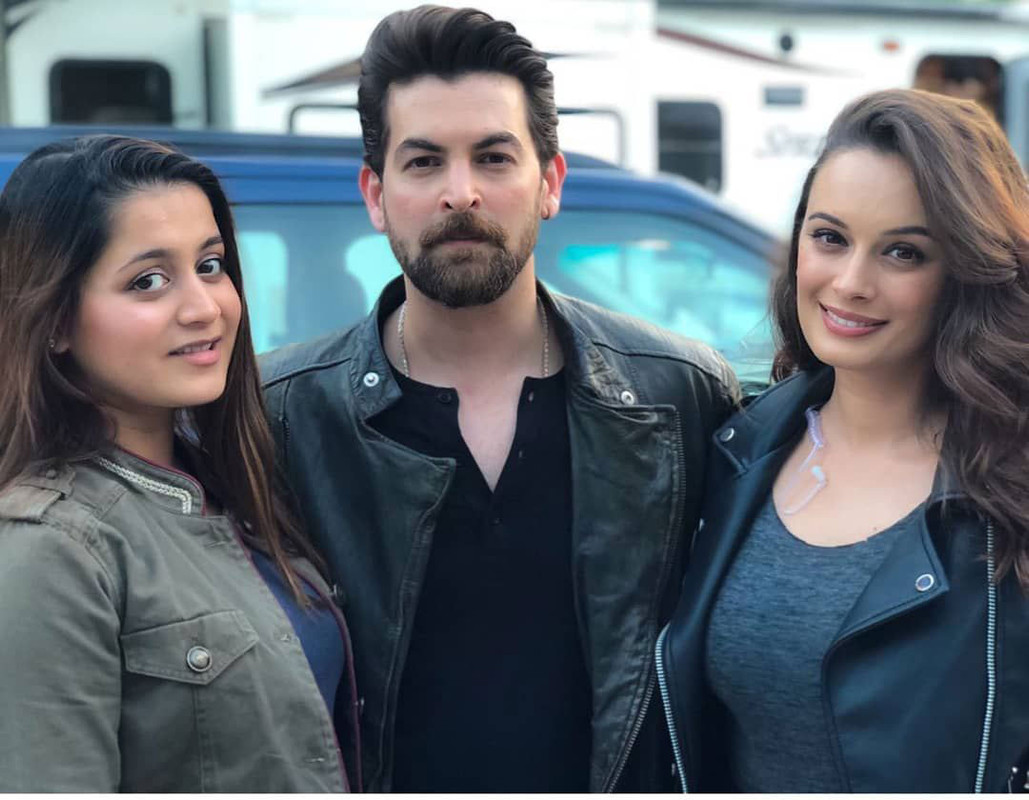 Evelyn also posted another picture from the same sets, with Saaho's baddie Neil Nithin Mukesh and his wife Rukmini. We already know that the team is currently shooting in Abu Dhabi and Bollywood actress Mandira Bedi is also playing a crucial role, while Shraddha Kapoor plays the female lead.